NTUC concluded rally to include labour concern in the upcoming budget 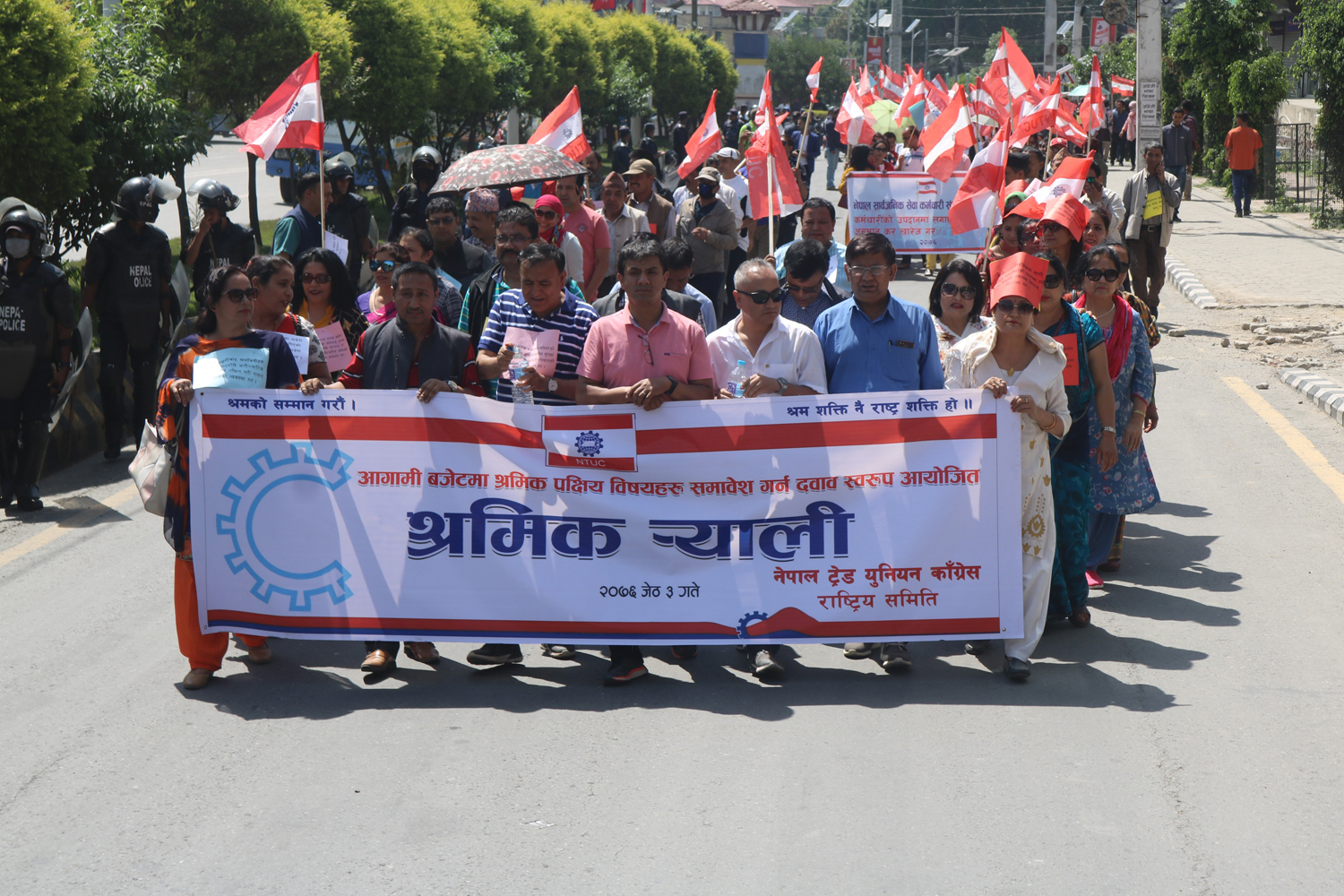 NTUC concluded rally to include labour concern in the upcoming budget

The rally raised the labour concern regarding the deduction of tax in the retirement fund; increase the salary of workers in the government and public sectors according to the inflation rate. Also, make subsidy provision for the subsistence of informal workers.

The rally started from heart of Kathmandu, Maitighar and marched passed to Baneswor infront of Everest Hotel. It concluded in a triangular arena. NTUC center president Bro Puskar Acharya chaired the massive assembly. Vice president for service sector Bro Netra Bikram Thapa told that government has been creating the syndicate in a systematic way. The illegal mafias and black marketers are effective in the recent tenure of the government leaving the issues of workers suppressed and behind. Also, NTUC vice president for informal sector Sis Aasha Singh Rathor read the 13 points letter that will be submitted to the ministry of finance and also urges government to implement Social Security in the informal sector as soon as possible. And, President of Union of Public Sector in Nepal Bro Janardan Bhattarai told that government must be liberal for the workers, it is unjust to reduce the services that workers have been getting from the hard fought labour movement.

Likewise, Bro Pushkar Acharya said that government is portraying its working culture as an autocratic regime. They are deluding all kinds of services and facilities workers are practicing. This type of initiation frustrates the workers which ultimately makes failed administration, he added.

The program started from 1:00 pm noon and concluded to 4:00 pm. The speech session was facilitated by General Secretary of NTUC Bro Yogendra Kumar Kunwar. There were more than 500 participants of the program. Later NTUC representative went to the delegation in ministry of finance and submitted the 15 points memorandum paper.