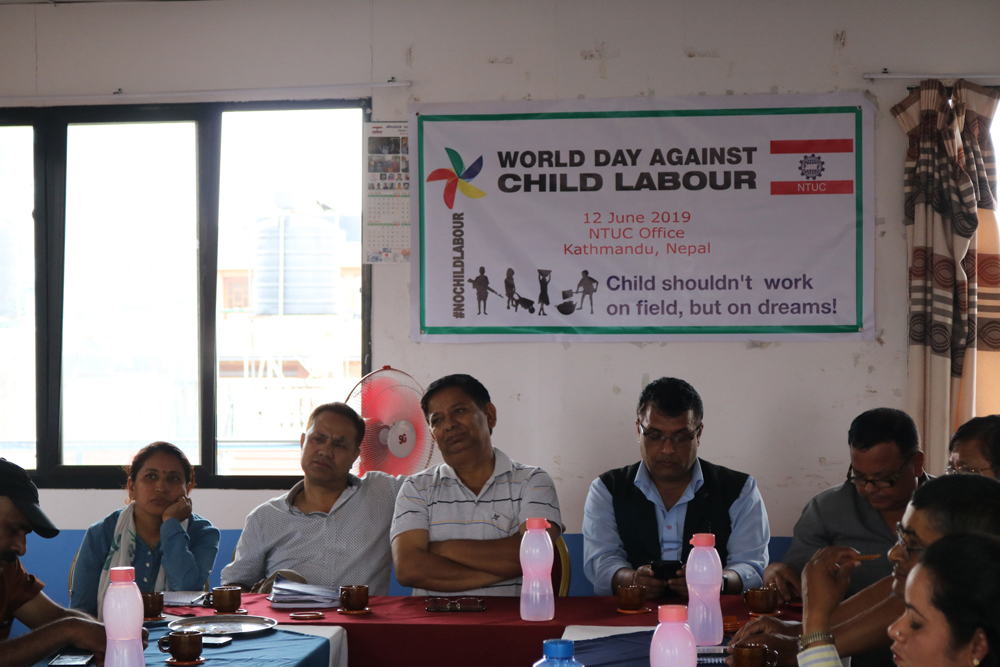 Also, Bro Mahendra Prasad yadav stressed about the child labour concern inside the country. United Nations have introduced SDG from 2015 to 2030; they are prioritizing 17 goals and 169 indicators. There is a separate goal that entails world free of child labour within 2025.

The discussion session followed with the interaction from participants. They gave emphasis to change the attitude within ourselves. They also made commitment to work for child labour and are ready to cope with NTUC, civil society, government and so on

Nepal Trade Union Congress president Bro Pushkar Acharya urges everyone to rethink about the statistics and data of the child labour. He criticized that many INGO, NGO are into the industry to lock the business and create unemployment. Thus they are misinterpreting the data and manipulating people to inhibit company. He also said that getting thing done with help of children inside house is not a child labour.

At last, Sis Saraswoti Dhungana said that everyone must take individual efforts to work for free child labour society and country. We must provide education, health, peace and employment in the country to minimize child labour, she added.

The program was facilitated by NTUC CEO Bro Indra Deo Yadav. There were more than 50 participants in the discussion program which continued for 4 hours long.