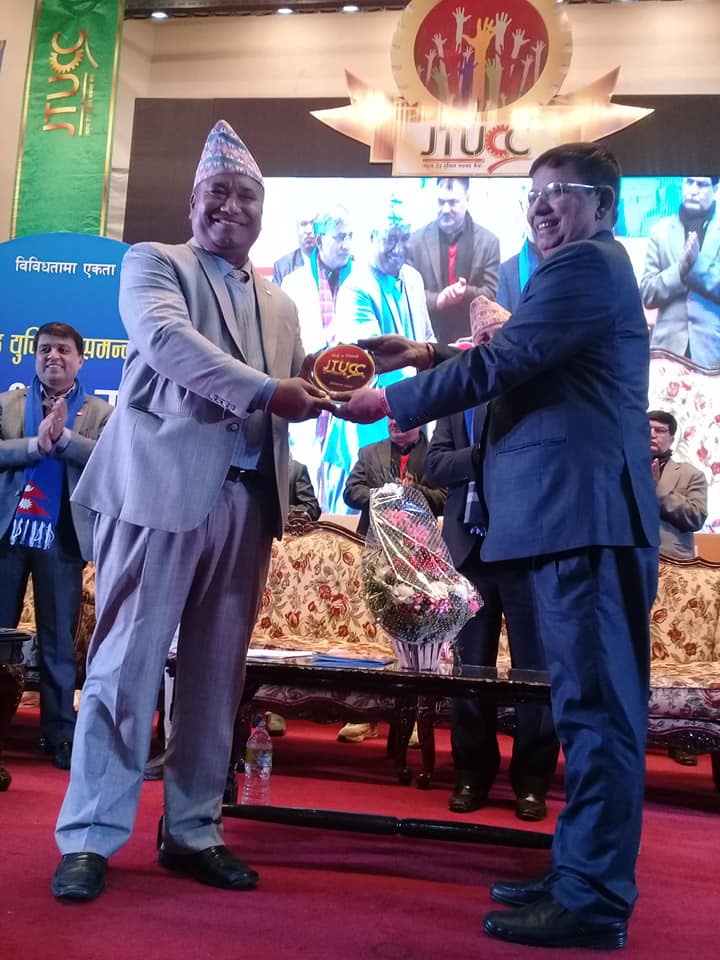 The responsibility handover ceremony was organized by JTUCC on the occassion of JTUCC labour Council. JTUCC is a Joint Trade Union Coordination Center consisting of 10 national level trade unions and is also an legitimate forum of coordinating with stakeholders like governments, employers.

"I will continue the issues that was raised by JTUCC previously, moreover, Social Security Act implementation will the key concern. Brother, Acharya stressed. Representatives from 10 national trade unions and their members participated during 1 day ceremony. More than 1000 spectators were present in the program.